The stones at Rollright 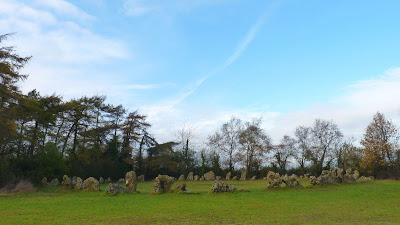 (Please click image for larger wide-angle view)
The Rollright Stones are situated on a high point overlooking our part of the Cotswolds, near Chipping Norton. A bleak spot at most times of the year; I have never been here without feeling a chilly blast which strips away any remnant of sun warmth. 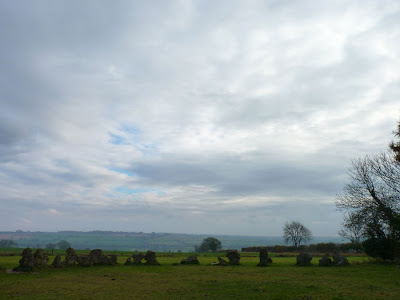 This area includes a few ancient artifacts and the main one is the Neolithic circle known as 'The King's Men' dating from around 2500 BC. As far as stone circles go, it is rather small, but very pleasing to look at. 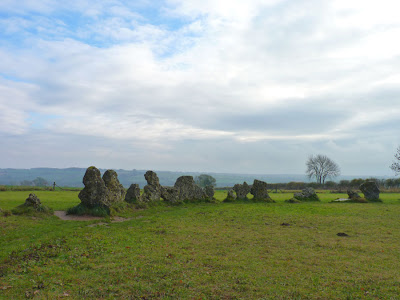 Legend has it that you can never count the stones and get the same figure - if you do manage it three times in a row, you get a wish. We tried it, and failed - it is almost impossible to do, as there are piles of stone which could be one, two or several counts, depending on who is counting! But as you can see from the well worn track, many people try. The agreed figure is seventy seven. 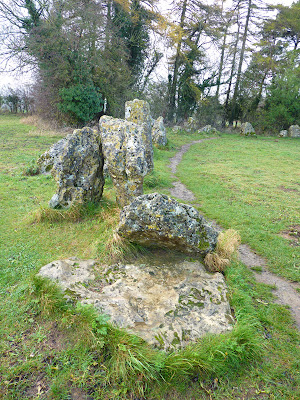 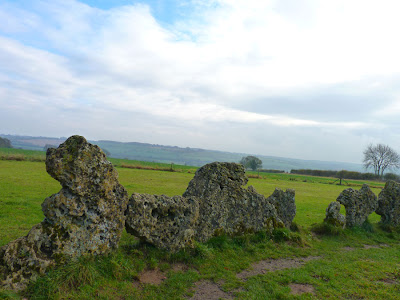 The stones are limestone, which is the bedrock of this part of the Cotswolds and have been weathered into grisly contortions. 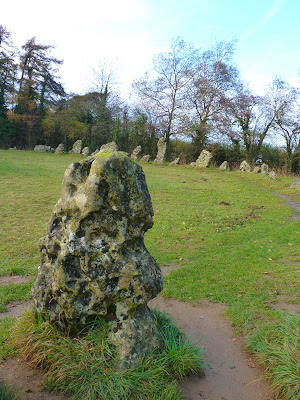 It is possible to hire the stones for ceremonies, weddings, even as a film set. There had been some kind of *happening* recently, for we found - in the centre of the circle - the remains of a small fire, with a bouquet of foliage, some strewn pennies and, tucked into the crevice of a nearby stone, a flower. 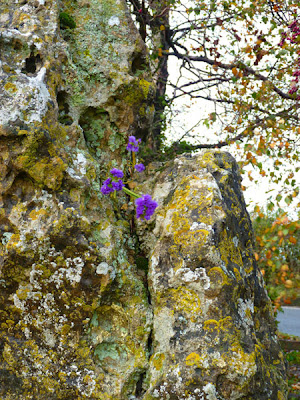 A short walk takes us across to the 'Whispering Knights' - actually a 5,000 year old dolmen or burial chamber. Also facing the elemental blast from across Oxfordshire, the winds whip around the stones, making it a melancholy spot for a resting place. 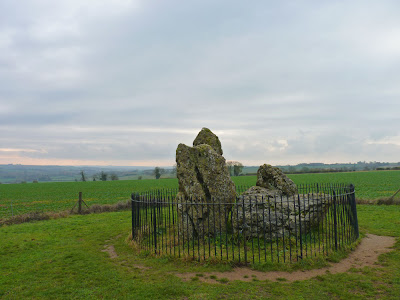 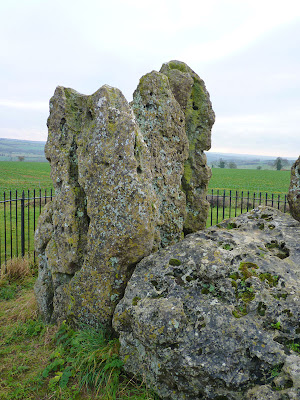 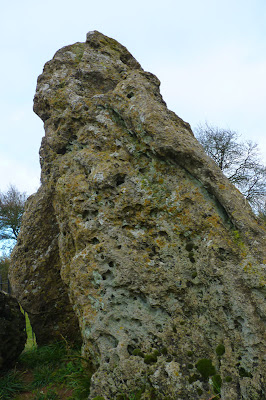 In grand, royal solitude, on the other side of the road, stands the King Stone: the King whose men stand in a circle across the way and whose knights whisper conspiracies against him. Here it is warmer, as a copse of trees acts as a wind break. More prosaically, little is known about this stone, except that it may be Bronze Age. Although only a minute's walk from the circle, the road splits the counties and this megalith stands in Warwickshire. 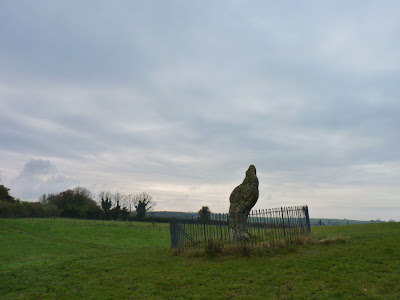 To read more fact - and legend - about the stones, please visit -

Gretel
Artist and crafter living deep in the beautiful countryside of Shropshire.

This is a Flickr badge showing items in a set called Malvern show 2008. Make your own badge here.